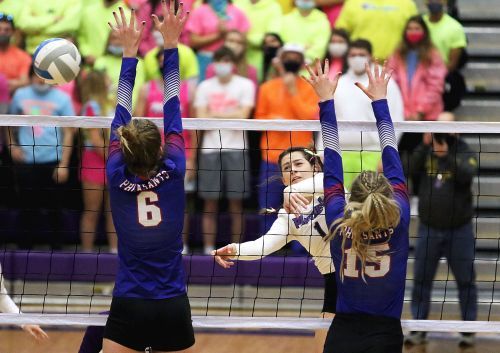 WATERTOWN — Dakota Valley made quick work of Parker Friday night in the semifinal round of the state Class A volleyball tournament in Watertown.

The sixth seed Panthers cruised to victory in three sets by the score of 25-14, 25-15 and 25-18 and will take on top seed Sioux Falls Christian.

Sophia Atchison led the Panthers (15-5) with 12 kills and 14 digs while Rachel Rosenquist added 13 digs and 10 kills.

Breana Jensen led Parker with 13 digs, as the Pheasants will play Hamlin for third place.

Sioux Falls Christian will be looking for its ninth championship in 11 years and will face the familiar foe in Dakota Valley. The Chargers have met the Panthers in the championship match three times in the last 11 years including last year title match.