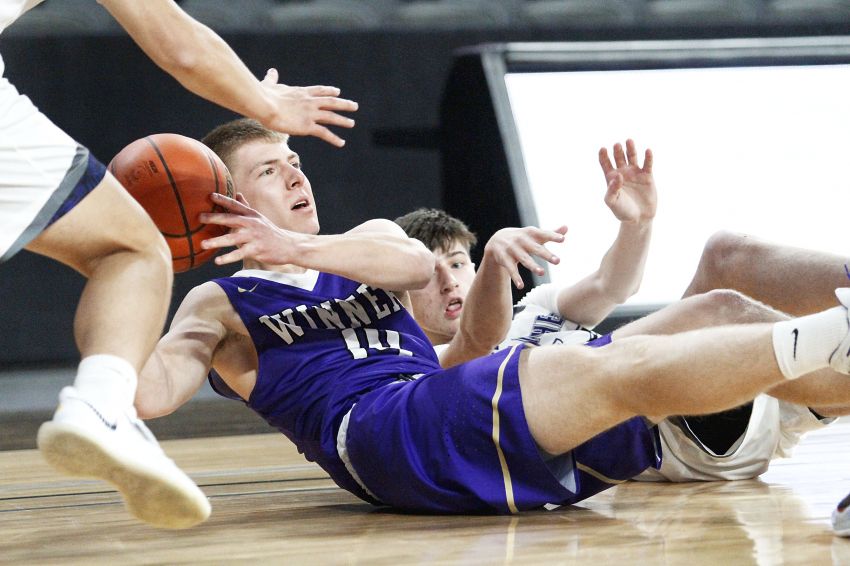 SIOUX FALLS  — Perhaps it was too little too late for Winner on Thursday in the Class A boys basketball tournament.

After falling behind to No. 2 seed Dakota Valley by 10 points, the No. 7 seed Warriors’ bid for the second upset of the day fell short in a 65-58 loss.

But the second half was a different story. Winner cut the lead to 48-38 at the end of the third quarter and was within one with a minute left in the game. The Warriors had a chance to take the lead with 30 seconds left but Winner’s Blake Volmer had the ball knocked lose off his knee — giving the ball back to Dakota Valley and sealing the win for the Panthers.