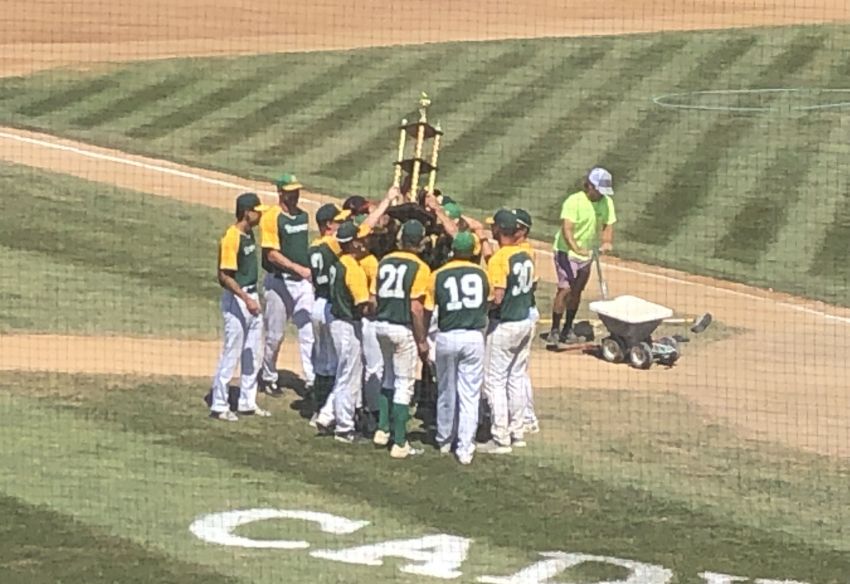 Kings of Class A

MITCHELL —  The Renner Monarchs returned to reign as kings of Class A Sunday afternoon.

The Monarchs were finally able to break a 0-0 tie in the bottom of the seventh for two runs and a 2-0 win over Harrisburg to capture their first Class A title since 2018 and the team’s seventh title since 2013.

Ryan Hamilton picked up the win after coming in for starter Ryan Hander. Hamliton pitched the final three innings, giving up two hits while striking out two and walking two.

Harrisburg was led at the plate by TJ Miller and Gabe Leon with two hits each.