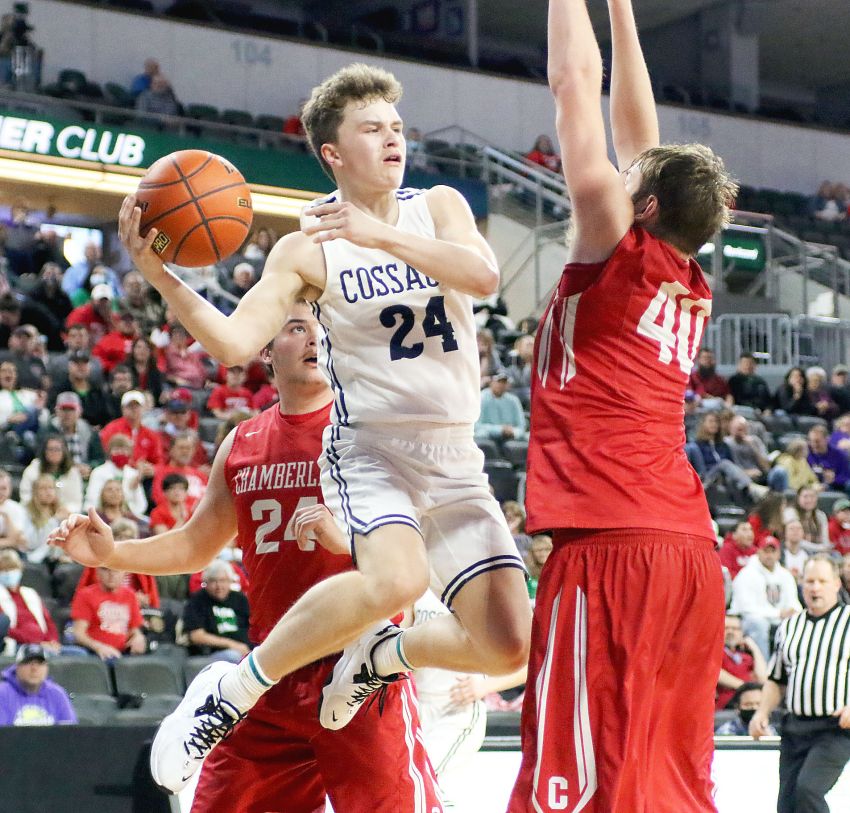 SIOUX FALLS — Sioux Valley had three players in double figures as the No. 3 seed Cossacks cruised to Friday’s semifinals with a 53-44 win over Chamberlain on Thursday.

Sioux Valley jumped to a 14-7 lead after the first quarter and led 21-16 at halftime. The Cossacks added to their lead in the third quarter by outscoring the Cubs 21-11 to take a 42-27 lead heading into the final eight minutes.

Sioux Valley will play No. 2 seed Dakota Valley after the Panthers escaped a late comeback by Winner to advance.