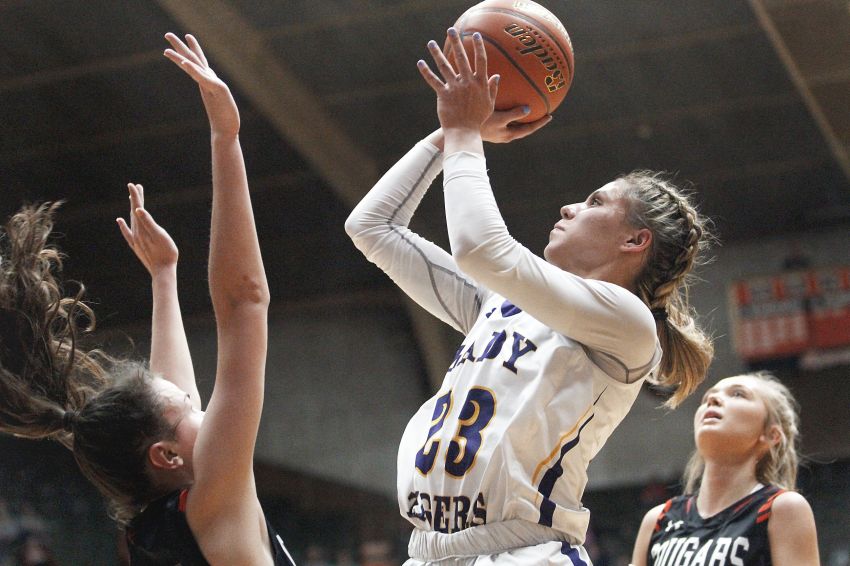 HURON — After previously qualifying for the state tournament seven times, the eighth time was finally the charm for White River Saturday.

The No. 2 seed Tigers handed Castlewood its first loss of the year in the Class B title game Saturday to give White River its first ever girls basketball state championship, 57-37.

White River jumped out to a 17-7 lead after the first quarter and held a 24-15 lead at halftime.

In the second half, the Tigers blew the lead wide open by outscoring the Warriors 21-11 to take a 45-26 lead going into the fourth quarter.