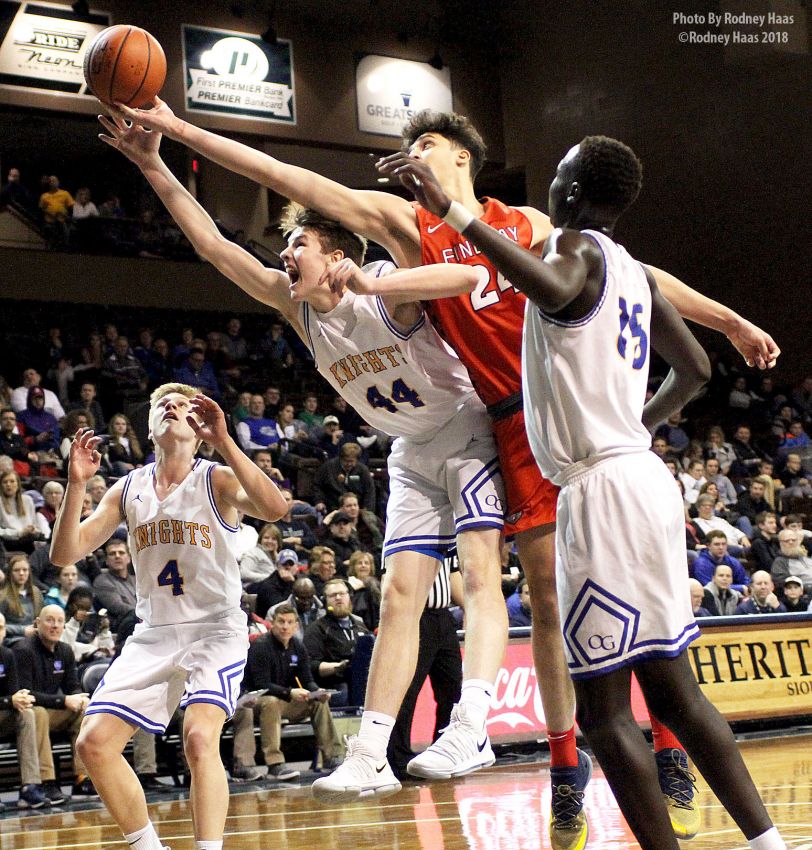 Sioux Falls Washington led 20-14 at halftime and extended the lead to 38-29 heading into the fourth quarter. But the Knights woke up and outscored the Warriors 22-10 to erase the deficit and punch its ticket to the AA title game.

Sioux Falls O’Gorman will face Sioux Falls Roosevelt after the Roughriders knocked off No. 2 seed Yankton 69-43.

Roosevelt jumped out to a 16-10 lead after the first quarter and took a 29-21 into the locker room. In the second half, it was pretty much the same as the first half as the Roughriders added to the lead — outscoring the Bucks 22-16 in the third quarter to take a 51-37 lead heading into the final eight minutes.