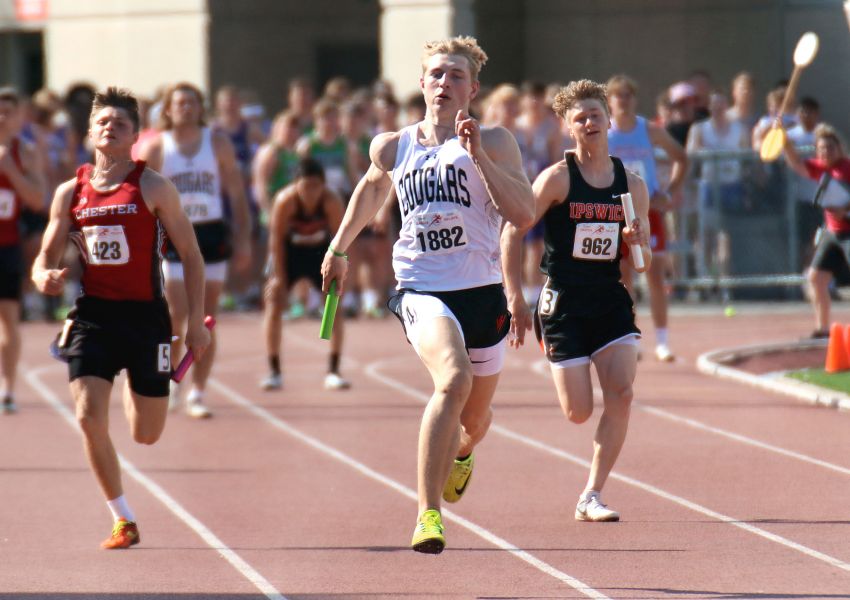 SIOUX FALLS — If there were any doubts as to who the favorites in the Class B 100, 200 and 400 relays, Viborg-Hurly silenced any doubters this past weekend.

Meanwhile White River’s Caelyn Valandra Prue rebounded from her fifth place finish in the girls 200 meter special event on Friday win capture the 400 meters with a time of 56.27 —besting second place Cerington Jones of New Underwood by a hundredth of a second.

Winner’s Brady Fritz took first in the long jump and helped lead the boys 4x100 team to a third place finish with a time of 44.90.

Sioux Falls Lincoln’s Ellen Merkley was the fastest girl this weekend with a time of 12.12 seconds in the girls 100 meters, besting Dell Rapids St. Mary’s Ella Heinitz’s time of 12.28.