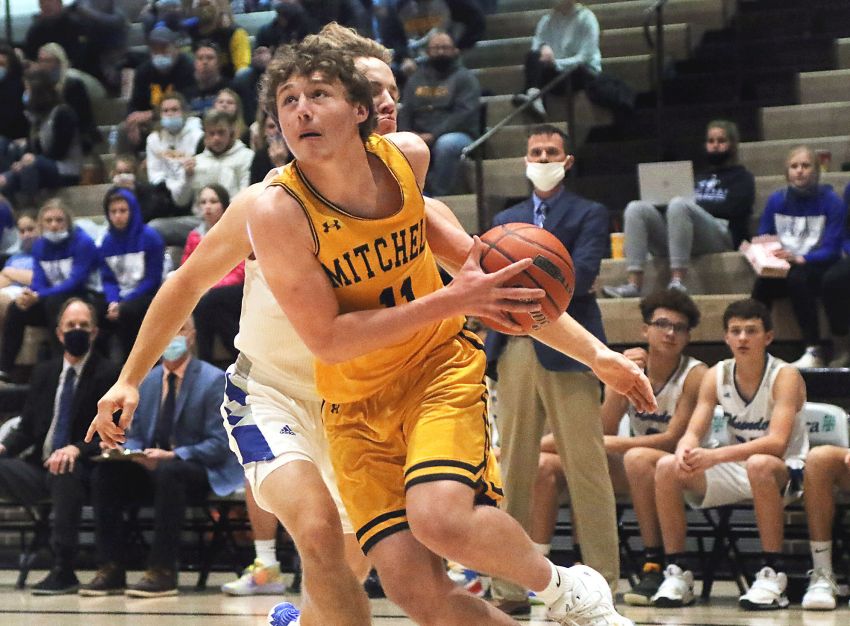 BACK IN THE DANCE

RAPID CITY — Back in the State AA tournament for the first time since legendary coach Gary Munsen was at the helm, Mitchell watched as a fast start soon evaporated in a 50-46 loss to No. 2 seed Yankton on Thursday.

Dylan Prouty led the Bucks with 25 points while Wisconsin commit Matthew Mors was held to 17 points.

Zane Alm led the Kernels, who were making their first appearance in the tournament since a runner-up finish in 2012 with 12 points and Gavyn Degen added 10 points.

Mitchell took a 12-1 lead after the first quarter but Yankton comeback to take a 23-22 lead at halftime and extended the lead to 35-31 after three quarters.

Joe Uttecht led the Warriors with 14 points while Aberdeen Central was led by Sam Rohlfs with 20 points and Alec Voegele added 17 points.