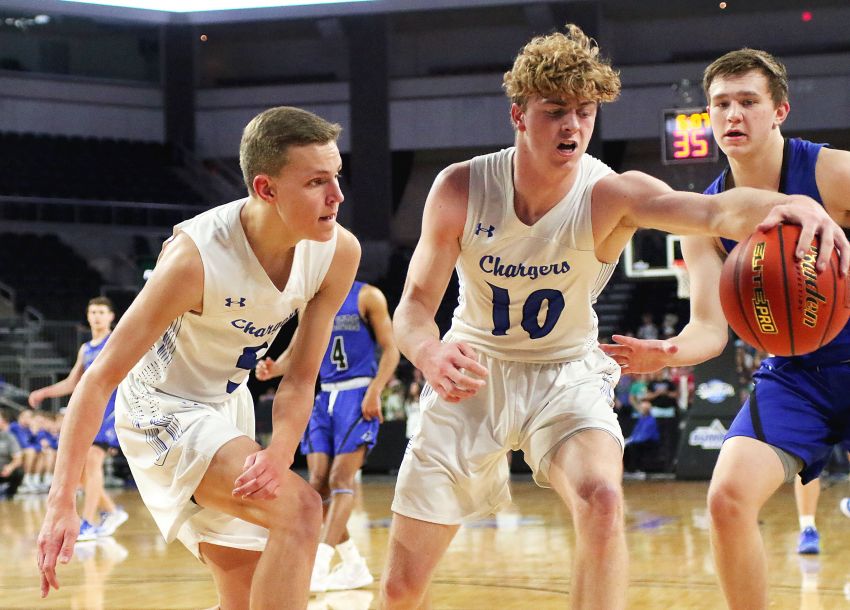 SIOUX FALLS — A day after Dell Rapids’ Landon Ruesink shocked top seed Vermillion with a 3-point buzzer beater shot, the magic couldn’t carry over to the next day against Sioux Falls Christian.

The fourth seed Chargers took a 28-21 lead at halftime and never looked back en route to a 64-52 Class A semifinal win Friday night.

Sioux Falls Christian will be looking for its first title since 2016 on Saturday. The Chargers will face No. 3 seed Sioux Valley after the Cossacks upended No. 2 seed Dakota Valley 62-57.

Dakota Valley led 31-22 at halftime but Sioux Valley chipped away in the second half — outscoring the Panthers 19-16 in the third quarter to cut the lead to 47-41 heading into the fourth quarter.

Sioux Valley will be making its first state championship appearance.